Many of us feel that time is going by very fast. If you’re one of the persons thinking that, then you are not alone. Scientists just figured out the fact that our planet is rotating at a faster rate when compared to 50 years ago. What this means is that every day is shorter than it was 5 decades ago. Granted, we can barely see or feel the difference, but this is still a challenge for programmers, physicists and many other user categories.

The reason why Earth is rotating

In order to understand that, we should know the fact that the solar system was a long time ago. At that time, there was a lot of interstellar dust and gas clouds which collapsed and started spinning. There are some remaining things left from that in the current rotation of our planet. This mostly exists thanks to the angular momentum.

A body that’s rotating will continue to rotate unless a specific activity will end up stopping it. And the angular momentum has allowed our planet to spin for many billions of years. We experience that night and day, however the spinning speed has changed over the years. What’s interesting is that around a few hundred million years ago, our planet did around 420 rotations while orbiting the sun once.

There are many different pieces of evidence showing that years were longer, and you can see that just by checking the fossil corals and their growth lines. The days have become longer in time mostly because the way the Moon is pulling at the oceans, and that slows things a bit. However, now there is a single rotation every 24 hours. What that means is that we only have 365 rotations per trip around the sun.

Needless to say, there are way less rotations than we once had, and because of that things are quite different. And even now there are some differences when it comes to how the Earth is making a complete rotation. These fluctuations might not seem like a whole lot, but it’s safe to say that the results as a whole are quite interesting.

Different ways to track the time

During the 50s we had scientists working hard on creating atomic clocks. These were designed to be very accurate, and the way they worked was quite interesting. They kept time based on the way electrons found in the cesium atoms were falling from high energy to a regular state. What’s great when it comes to these atomic clocks is that they are not thrown off by anything like the temperature shifts. A traditional clock deals with that, but in this case you don’t have to worry about anything even remotely similar to that.

But in recent years, researchers started to find an issue, the fact that even these atomic clocks were shifting a bit from the time that the world was keeping. What scientists noticed is that as time continues, there’s a difference between the time in the atomic clocks and the time we use in astronomy. In order to keep the divergence and differences in control, the decision was made to add leap seconds to the atomic clocks from time to time.

How do these leap seconds work? It’s very similar to the leap days which we add every 4 years in February. This makes up for the fact that it takes more than a round amount of time for the Earth to orbit the Sun. However, the problem and challenge here is that the leap seconds are very hard to predict, which is extremely important to keep in mind.

The International Earth Rotation and Reference Systems Service is the one that tracks the current speed of our planet. They are sending various laser beams to the satellites so they can measure their movement. That, combined with other techniques allows them to ensure the movement speed is plotted correctly. And they are the ones adding leap seconds to the atomic clocks based on the information they receive this way. It’s an important thing to keep in mind, and the approach as a whole is nothing short of staggering.

Changes that were unexpected

The first time leap seconds were added was in 1972. Ever since then, scientists had to add leap seconds every couple of years. This is not something that’s added at a regular date though. Due to the unpredictable nature of the leap seconds, the process is quite erratic. The effects of the moon and the atmosphere can end up affecting the way our planet is rotating. And because of that, it’s very hard to predict anything when it comes to how the planet will rotate even in the near future. That means predicting something related to the future as a whole might be even more challenging, and that’s the thing you need to take into consideration.

What studies have shown is that the Earth is indeed speeding up. No leap seconds were added in 2016. And studies are showing that the planet is spinning faster when compared to how it did 50 years ago. The challenge here is that no one really knows why is this happening and what’s causing it. Again, the leap seconds are unpredictable, since there are so many different factors affecting the speed at which our planet is spinning. The assumption between scientists was that the Earth would slow down continually and adding new leap second would be something normal. Which is why this is very surprising at this time.

Scientists might need to take action in the future if the speed of our planet will continue to grow. The concern right now in the world of scientists is that the rotation speed will increase, in which case a negative leap second would be required. The thing to note here is that there was no need to have a negative leap second until this point. It would be yet another challenge to face, something that’s incredibly demanding and problematic in a situation like this.

Adding these changes would make it very hard for navigation to telecom and other industries to work properly. These leap seconds are messing the current way these system work, so any changes made to these systems would come with all kinds of ramification. Aside from this method that requires you to stop the clock, there’s the Google smear which makes every second a bit longer on a specific leap second day.

At the end of the day, the fact that our planet is spinning faster than it did 50 years ago is not something of concern, at least not for now. What can become problematic is if this trend will continue for a century or more, at that point some measures will be required, otherwise it might end up bringing problems to various industries.

Yes, time is just a construct, and we don’t really connect with the true astronomical time in our day to day lives. But at one point, these changes like the Earth spinning faster than it did 50 years ago are definitely something we need to study and adapt to as much as possible! 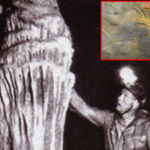