Does anyone remember a woman named Elizabeth Claire Prophet? She was largely known as a spiritual Occult leader with followers worldwide. In the 1970s she founded many organizations and even founded a college University. During her Occult leadership, she instructed her followers to build bomb shelters to protect against a possible nuclear war.

Interestingly, these shelters were built on property which her and her husband purchased from Malcolm Forbes, who was the publisher and Son of founder of Forbes magazine. He was known to promote capitalism and lived a lavish partying lifestyle. The nuclear war thankfully never happened, and Elizabeth Prophet went on to write various spiritual books, and appeared on many TV shows before passing away in 2009.

Michael Flynn is a retired US Army Lieutenant General who served under former President Donald Trump before resigning after reports of him lying to the FBI. He is now embarking on the path of righteousness as he tours America preaching “Christian Nationalist Ideas” and bringing together people like election deniers, mask and vaccine opposers, insurrectionists, Proud Boys, and Republican elected officials. Interesting..

In September 2021, Michael Flynn led a prayer during a conference held at the Lord of Hosts Church in Nebraska. The video below shows both Elizabeth Prophet and Michael Flynn reciting the exact same prayer, 47 years apart from each other.

ECP: “Mighty, I am present! I am here, Oh God, and I am the instrument of those Seven Fold Rays and Archangels.”

MJF: “We are your instrument of those Seven Fold Rays, and all your Archangels. All of them.”

ECP: “And I will not retreat, I will take my stand, I will not fear to speak, and I will be the instrument of God’s will, whatever it is!”

How does this happen? One might wonder, “Is he channeling this great spiritual leader? Or is he plagerizing her work in hopes no one will notice.

Well, the largely known QAnon groups took notice, and made allegations that Flynn is a Satan worshipper because of the mention of “Legions” in the recited prayer. But what are those words even referring to? In the Bible, Legions refers to a group of Demons.

“In the name of Archangel Michael and all of his Legions.”

Michael Flynn has made appearances at churches and on podcasts rebuking these allegations, claiming they are a “straightforward rendition of a prayer to St. Michael.”

Prior to QAnon’s accusations, Flynn was a front man of the largely unorganized organization, who appeared on podcasts, spoke at conferences and pushed conspiracy theories about the 2020 election, all backed by QAnon.

So if the prayer was a call to Satan, does that mean Elizabeth Claire Prophet was also a Satanist? Was she pushing secretive Satanic messages to her followers? Or maybe this is a large misunderstanding of many parties involved, or an attempt to distract us, and lead us in another direction. The rabbit hole just keeps getting deeper. 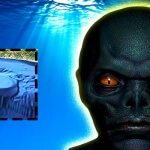