If a grave robber offered to show you something extraordinary—for a fee, of course—would you accept his proposal?

A Swiss club owner was presented with the same deal while visiting Egypt and, thanks to his curiosity, we have the chance to examine one of the few remaining pieces of evidence that prove giants once walked the Earth.

In April 1988, Gregor Spörri traveled to Egypt in search of knowledge about its mysterious past. He was particularly interested in the Great Pyramid and wanted to find out whether it acted as a cosmic energy amplifier. For two weeks, he explored hidden shafts and passageways and attempted to obtain information from officials. Unfortunately, he could not find any evidence of the pyramid’s energetic profile.

With his trip largely unsuccessful, Spörri resolved to make the best out of his last two days of vacation. But his luck changed in the place he least expected: a hotel bar. He had befriended the bartender and told him about his failure. The bartender then told him he knew someone who could show him something even more enigmatic.

The next morning, Spörri climbed into a cab and went for  2 hour drive near Sadat City, 60 miles NW of Cairo. The taxi dropped him off at a farmhouse in the Bir Hooker district, where he was greeted by an old man named Nagib. 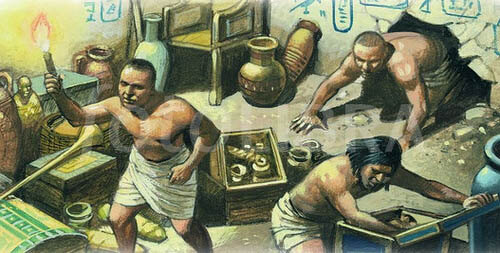 Nagib told him he came from an old line of grave robbers. He said his ancestors had seen many forbidden things and some of them had been passed down from generation to generation. He had been forced to sell some of them to pay for his farm but there was one item he wouldn’t part with, no matter the price. The object had been in his family for over 150 years and, as far as Nagib knew, no one else in the world had something similar. At least no one willing to show it to others. Spörri agreed to pay him $300 for a chance to see the mysterious artifact.

He went into another room and brought back a wooden box. Inside it was a long object wrapped in leather. When the old man untied the bindings, Spörri couldn’t believe his eyes. In front of him lay a mummified finger so large, it couldn’t have belonged to a regular-sized man.

It was an oblong package and it smelled musty,” Spörri later recalled. “I was totally flabbergasted when I saw the dark brown giant finger.”

As he held the giant finger, Spörri realized his journey had been far more successful than he anticipated. In his hands was the palpable and thus undeniable evidence for the existence of ancient giants. This meant there was truth behind the legends about the gargantuan men of old. The mummified finger measured an astounding 16 inches in length and was around 3 inches thick. But the mummification process had undoubtedly shrunk the finger so it must have been even bigger when still attached to the giant. Spörri had the chance to carefully examine it and is certain of the artifact’s authenticity. It was definitely ancient and organic in nature. It was simply too detailed to have been a forgery.

The finger had been severed with anatomical precision and, despite its age, the skin texture and even the fingerprints were still visible. The wrinkled skin was torn in several places and Spörri noticed it was several millimeters thick. The nail had almost come loose and the finger looked like it had been chewed on by rodents.

The size of this anomalous artifact meant that its initial owner must have towered above anyone else. The most conservative estimates place his height at around 16.5 feet but, since the finger must have been longer prior to being mummified, the giant could have been even taller.