A new study reveals how the human DNA was encoded using an extraterrestrial signal used by ancient aliens who visited Earth in the distant past.

The study is called “The “Wow! Signal” of the terrestrial genetic code”, and it is the work of two researchers from the Department of Mathematics, respectively Fesenkov Astrophysical Institute, Almaty, Republic of Kazakhstan.

The two authors of the study, researchers Vladimir I. shCherbak and Maxim A. Makukov, trust in the existence of a “Biological SETI” – a mathematical code residing inside the human DNA, and is something that cannot be explained via the course of evolution as traditional theories claim.

According to the study, science is a step closer to proving the Ancient Astronaut theory as well as the hypothesis of our species being engineered by advanced aliens through DNA manipulation. The scientific duo stated in the Icarus Journal that:

Once fixed, the code might stay unchanged over cosmological timescales. In fact, it is the most durable construct known. Therefore it represents an exceptionally reliable storage for an intelligent signature. Once the genome is appropriately rewritten, the new code with a signature will stay frozen in the cell and its progeny, which might then be delivered through space and time.

In other words, the human DNA is designed with such a precision that it reveals an “ensemble of arithmetical and ideographical patterns of symbolic language”. 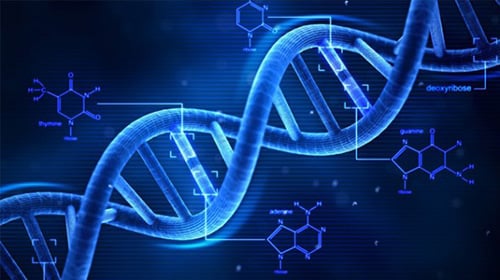 As a result of this study, other researchers now discuss the probability of us humans being engineered outside of our solar system by our alien creators several billion years ago, a hypothesis strongly supported by the many ancient texts found on Earth that speak of the creation of mankind and the creator gods or deities.

However, the study also focuses on the idea that life on Earth emerged as a result of microbiological particles being carried throughout the cosmos on asteroids and comets, which behave as giant transportation devices that plant life on different planets capable of sustaining it. This theory differs from the classic evolution theory, as its supporters believe that we were not a random product of evolution, but a certain creation of our makers, designed and sent to Earth on purpose.

Cherbak and Makukov presented a detailed analysis of the human genome that shows a previously ignored precision-type method in the mapping between the DNA’s nucleotides and amino acids. The duo stated that:

Simple arrangements of the code reveal an ensemble of arithmetical and ideographical patterns of symbolic language. Accurate and systematic, these underlying patterns appear as a product of precision logic and nontrivial computing. 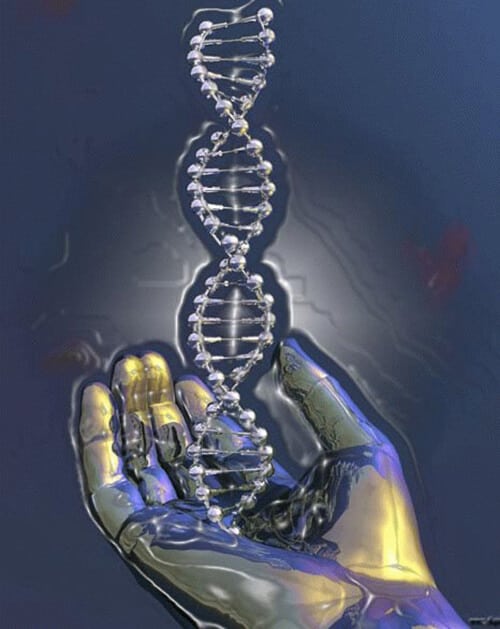 So is it possible that we were designed by advanced alien beings with extended knowledge of creating life through DNA manipulation? If so, is the human species a product originating from another planet in this vast universe? Or is it rather a product designed on Earth by an advanced race who anchored on this planet in the ancient past, as many timeworn texts suggests?

While we cannot deny the panspermia hypothesis claiming that life on the earth originated from microorganisms or chemical precursors of life present in outer space that were able to initiate life upon reaching a suitable environment, we find it likely that life on Earth is in fact a product of more intelligent species with the ability to create life. Whatever may be the case, the upcoming years will reveal more information regarding topics that were until now forbidden or ignored.