There is a place off the coast of Japan that has the same markings as the Bermuda Triangle but is not as famous as the world’s favorite anomalous zone. The Japanese call it Ma-no Umi, the Devil’s Sea. That’s a pretty clear indicator of what’s going on there.

One of the twelve Vile Vortices we’ve discussed in a previous article, this loosely triangular area is located just 60 miles south of Tokyo. The weird occurrences it accommodates and probably generates have determined paranormal authors to call this watery irregularity the Bermuda Triangle of the Pacific.

Just like in the case of the Bermuda Triangle, the Devil’s Sea—which is also known as the Dragon’s Triangle—does not show up on any official cartography documents or maritime maps. It is a place that officials prefer not to openly discuss. Interestingly enough, its geographical location might offer a clue as to why it shares similarities with the triangle of the Bermudas: the Devil’s Sea is located almost exactly on the other side of the planet. Coupled with the notion that the Bermuda Triangle is what remained of Atlantis, this has given rise to speculations that the location might be its magnetic antagonist, an anti-Atlantis, if you will. A rather large number of ships and planes of all sizes have reportedly gone missing when flying over or sailing across the trembling waters. Electronic equipment oftentimes malfunctions without reason and without warning. Witnesses report seeing strange lights and eerily glowing orbs trailing commercial vessels. People describe curious and unexplained instances including disappearances, reappearances and the missing time phenomenon. Fishermen like to add tall tales about ghost ships and their ghastly crews while the modern ufologist is quick to spot a resurgence of the UFO phenomenon in the Devil’s Sea and the neighboring area.

Weather changes are sudden and volatile. Strong whirlpools appear out of nowhere and disappear without leaving a trace. A strange, thick fog sometimes makes its presence felt, filling spectators with unease as it clings to objects. Natives fear it because they believe it is the medium through which one can pass in between dimensions.

Legends of local fishermen dating back to at least 1000 B.C.E. provide an etymological explanation to the dragon part in the name Dragon’s Triangle. According to Chinese folklore, a huge dragon once built its palace under the waves, dragging unsuspecting victims, ships and all to their watery graves. And, depending on how you look at it, there might be historical data to back up this wild hypothesis.

In the 13th century AD, Mongol Emperor Kublai Khan set his eyes and mind on conquering Japan. He wasn’t successful, but it wasn’t for not trying. On two different occasions, he attempted to cross the water separating Japan from mainland China but ended up losing his entire naval force in the process. In the first attempt alone, he lost over a thousand ships and 40,000 crewmen. The Japanese firmly believed this had been an act of divine intervention and attributed the victory to the Celestial Wind that guarded their empire.

Can a dragon be responsible for this tide-turning intervention? Or is the dragon a metaphor for something else?

A central figure in many Asian cultures, the dragon makes an interesting appearance in the story of China’s mythical Yellow Emperor. According to legend, Huang-Di came down to earth in a “dragon with metal scales.” The character that is said to have established astronomy in the old empire could summon this dragon at will and whilst riding it, he could traverse the expanse of space and time in a very relativistic manner. One particular tale even mentions how one of his advisers came back an old man after taking it for a spin. Once his dealings with the earthlings had come to fruition, the Yellow Emperor called the dragon one last time and left for Xuanyuan, his home world. Astronomers identified Xuanyuan as Alpha Leonis, a star system located 79 light-years from Earth, in the constellation Leo.

If we transpose this dragon of olden legends into the modern world, we can extract many similarities with modern UFOs. If we venture and make this assumption, what can we say about the aquatic ‘palace’ the dragon built for himself? Can we assimilate it into a notion that accepts the existence of underwater bases in our planet’s seas and oceans, built and operated by extraterrestrials? There is another legend that supports this theory: the tale of Utsuro-bune. The earliest account can be traced back to 1803, when two strange tales began circulating in Japan. As the story goes, Japanese sailors encountered a hollow ship floating aimlessly in the Pacific. Circular in shape, the ship was covered in glass windows. Naturally, the sailors towed the ship to shore and were amazed to find a very beautiful woman sitting inside, clutching a chest. Pale and red-haired, the woman spoke a strange language and wore equally strange garments. Unable to initiate any meaningful communication, the traveler made a hand gesture encompassing the sea and left the sailors dumbfounded when she returned to her ship and sailed away. Utsuro-bune, as she was nicknamed, would go on to make appearances along the entire coast of Japan in the following year. No-one knows who she was or where she came from but speculations about her otherworldly origins are abundant. Her proximity to the Dragon’s Triangle could indicate she was a refugee or an outcast that left the underwater base in an escape pod. If this is the case, the contents of her box must have been very valuable.

In recent years, the most extensive investigation into the Devil’s Sea was attempted by author Charles Berlitz. In The Dragon’s Triangle, Berlitz reported dozens of disappearances solely in the 1952-1954 time period. According to his sources, the Japanese military had lost five vessels and a combined crew of over 700 but were keeping a tight lid on things. The lurking danger determined the Japanese government to label the area a shipping danger zone. In 1952 they launched a research project aimed at uncovering the source of these disappearances but the Kaio Maru No. 5, the very ship that was sent in search of answers disappeared itself, along with its crew of 31 people.

In the last decades, the place has gotten a little more quiet. Is this evidence that the dragon’s palace is now deserted?

Not everyone is content with supernatural explanations for these strange incidents. Natural explanations such as magnetic anomalies and methane gas deposits on the bottom of the ocean could account for some of the disappearances, but none can quell the mystery once and for all. 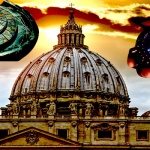