A bizarre space anomaly has recently been noticed by astronomer. They’ve stumbled over a place in the universe where a number of supermassive black holes have mysteriously aligned and are now sending extremely powerful radio bursts throughout space. Researchers who detected this bizarre phenomenon asserted that such an event has never been captured before, and they are now debating about what could be causing all this.

“Since these black holes don’t know about each other, or have any way of exchanging information or influencing each other over such vast scales, this spin alignment must have occurred during the formation of the galaxies in the early Universe,” explained Andrew Russ Taylor, director of South Africa’s Institute for Data Intensive Astronomy.

The team of astronomers was on the lookout for radio signals in the universe using data collected by the Giant Metrewave Radio Telescope (GMRT) in India, when they first discovered the vigorous signal. The GMRT, which is one of the largest and most precise radio telescope arrays in the world, had just finished a three-year-old radio survey that gathered radio waves originating from black holes across several galaxies.

After closely analyzing the data received, they were surprised to discover this never-before-seen phenomenon, where each of the supermassive black holes located at the center of each galaxy were spinning in the same direction. So, what could be causing all this?

Opinions are now split among the researchers investigating this case, and while some of them consider an important event from the early stages of the Universe to be the cause, others are opting for a more recent and controversial cause.

“The alignment of the black holes is probably caused by an overall spin in the structure of this region of space, triggered by fluctuations of primordial matter in the early Universe, way before galaxies even formed,” said Yasmin Tayag in a report for Inverse.

The scientific explanation is vaguely describing the source of this unusual alignment, but at least there is one thing the team mutually agrees upon – an extremely powerful source must have caused the fluctuations that sequenced the black holes to spin the same way. Whatever this source is remains a topic for debate, but there are some who take into account the most exotic of possibilities.

“This is not obviously expected based on our current understanding of cosmology. It’s a bizarre finding,” said astronomer Romeel Dave from the University of Western Cape in South Africa in a recent press release.

In other words, this recent find has perplexed the scientific community, as the phenomenon cannot be explained using the means we have at our disposal. There is much room left for speculation, and judging by the excitement shown by the researchers, I wouldn’t be surprised if they would announce that super-advanced aliens are causing this unusual sequencing.

After all, the probability of supermassive black holes being inhabited by higher beings had already been explored by Russian cosmologist Vyacheslav Dokuchaev from Moscow’s Institute for Nuclear Research of the Russian Academy of Sciences.

“Interiors of supermassive black holes may be inhabited by advanced civilizations living on planets with the third-kind orbits,” he wrote in a paper published in Cornell Univeristy’s online journal. “We could live inside a supermassive black hole eventually, but super-aliens may have already beaten us to it,” he concluded.

With sensitive telescopes such as the South African MeerKAT radio telescope and the Square Kilometre Array (SKA) already on the way, it’s likely that the source of all this meticulous space menace will be revealed in the near future. If they’ll detect an exotic species or only a rational phenomenon we are yet to find out, but the scientist in charge of the research seems absolutely amazed of this particular find.

“We really need MeerKAT radio telescope to make the very sensitive maps, over a very large area and with great detail, that will be necessary to differentiate between possible explanations,” said Taylor who is leading the investigation. “It opens up a whole new research area for these instruments, which will probe as deeply into the and as far back as we can go – it’s going to be an exciting time to be an astronomer.” (source) 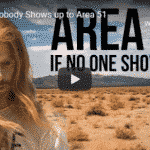