In case you haven’t watched any Jurassic Park movie, in the next five to ten years you could see a live adaptation, better than computer generated imagery. That is how long a group of scientists think it will take to recreate living, breathing dinosaurs. Although what is dead should stay dead, especially in the case of a species of super predators like the dinosaurs that roamed Pangaea over two hundred million years ago.

For some reason, the palaeontologist that inspired Jurassic Park’s Dr. Alan Grant is pioneering a premiere genetic research that could bring dinosaurs back to life and possibly atop the food chain, until the next asteroid hits.

Dr. Jack Horner, professor at Montana State University, the Curator of Palaeontology at the Museum of the Rockies, known to have made valuable contributions to palaeontology as providing some of the first clear evidence of dinosaurs caring for their young, is leading the discovery of the one of the largest Tyrannosaurus rex skeletons, known as “B. Rex”, and is currently leading the way to engineer a Chickenosaurus.

Dr. Jack Horner is most famous for his expertise on all four Jurassic Park movies and he thinks that such a bold project would be possible using only ancient DNA strands, but the DNA degradation over time has excluded this possibility.

Scientists at Harvard and Yale found a workaround for this impediment, in the most incredible fashion: the modern-day chicken is known to be the closest relative of the dinosaurs, so we just have to modify their DNA and reactivate their saurian genes. “Of course, birds are dinosaurs,” Horner told People magazine. “So we just need to fix them so they look a little more like a dinosaur.” 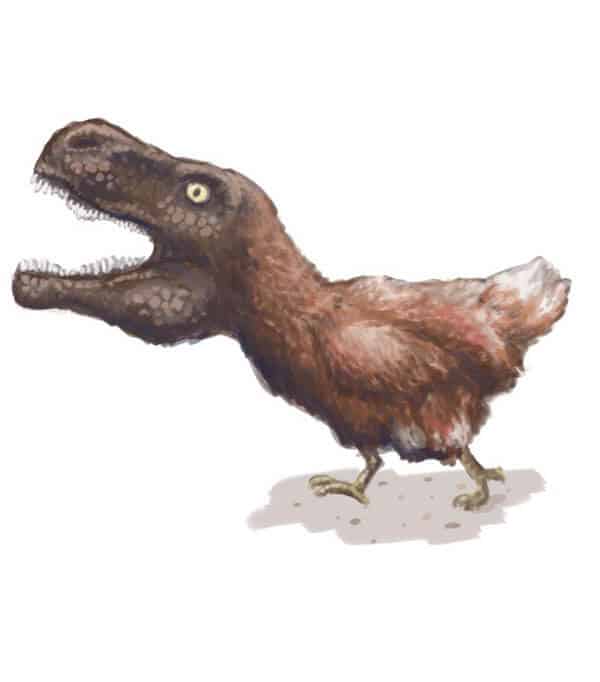 The main differences between dinosaurs and birds are the tails, arms, hands and mouths. For start, geneticists have reverse-engineered the bird’s beak into a dinosaur’s snout.

“Basically what we do is we go into an embryo that’s just beginning to form, and use some genetic markers to sort of identify when certain genes turn on and when they turn off,” Horner explains. “And by determining when certain genes turn on, we can sort of figure out how a tail begins to develop. And we want to fix that gene so it doesn’t stop the tail from growing.”

With the combined intelligence granted by the Harvard/Yale Universities, Horner estimates that in 5 to 10 years we will all witness the world’s first chicken with a dinosaur snout.

“Actually, the wings and hands are not as difficult,” Horner said, adding that a ‘Chickensoraus’ — as he calls the creation — is well on its way to becoming reality. “The tail is the biggest project. But on the other hand, we have been able to do some things recently that have given us hope that it won’t take too long.”

Reverse-engineering is already making significant steps in mutating chickens back to the vicious creatures from which they descended. If that wasn’t enough genetic splicing and dicing, Harvard scientists attempted a similar thing with the genes of a woolly mammoth into elephants, to ultimately respawn the long extinct noble giants. We killed them, we’ll bring them back; but it seems we still have no respect for creation, seeing species go extinct everyday, so the defenseless mammoth would stand no chance against the innate, ever-growing greed of those responsible for the dying wildlife.

If successful, scientists should focus their attention on preserving endangered species or recreating extinct ones that hold a key element in the food chain. But a Chickenousaurus sounds pretty badass too.