Scientists have found traces of a mysterious planet that’s lurking at the edges of our solar system, and many believe it could be the infamous Planet X, also known as Nibiru.

Spanish scientists at the Complutense University of Madrid, Spain, have recently discovered not one, but two new giant celestial bodies hiding behind Pluto, right near the edge of our solar system.

One planet is believed to be around 10 times the size of Earth, while the other one is estimated to be the size of Mars. The team of astronomers concluded that the two mysterious planets orbit at a distance equal to 200 times Earths distance from the Sun.

Backing up this find, astronomers at California Institute of technology (Caltech) in Pasadena, have found more evidence of a giant new planet in the far reaches of our solar system. Planet Nine has been discovered after researching the strange orbits of objects found in the Kuiper Belt.

With the use of mathematical models, scientists noticed that the existence of a large and previously unknown planet could explain the mystery behind these frozen objects’ behavior and also a number of other space anomalies.

This new planet is 10 times more massive than the Earth and is orbiting 20 times farther from the Sun than distant Neptune does. Although the planet appears on paper, observing it is another challenge altogether, but their find is extremely similar to that of the Spanish astronomers from 2014.

“This would be a real ninth planet,” said astronomer Mike Brown of Caltech. “There have only been two true planets discovered since ancient times, and this would be a third. It’s a pretty substantial chunk of our solar system that’s still out there to be found, which is pretty exciting.”

Since the team has no idea of the planet’s whereabouts, it may take some time before they manage to point a telescope at it. The planet’s orbit has been mapped out, but its exact location remains unknown. Still, researchers believe that numerous telescopes on Earth have a good chance of spotting the planet, if it exists. Mike Brown has discovered several other objects of interest in the outer solar system, including Sedna and the dwarf planet Eris, a celestial body similar in mass with Pluto. These particular finds contributed to the 2006 reclassification of Pluto to a “dwarf planet,” a decision backed up by Brown.

“All those people who are mad that Pluto is no longer a planet can be thrilled to know that there is a real planet out there still to be found,” he said. “Now we can go and find this planet and make the solar system have nine planets once again.”

He also revealed a plausible cause for the appearance and disappearance of this mysterious Planet 9, or how every conspiracy theorists likes to call it – Nibiru.

“Planet Nine may have formed closer to the Sun, and been kicked out to its current location after a gravitational interaction with Jupiter or Saturn. If Planet Nine is real, it would fill a notable gap in our solar system,” Brown explained.

There is no mention about the second body observed by the Spanish astronomers back in 2014, but there’s a good chance for it to be hiding in close proximity to his bigger brother. The ageless Hopi Indians also speak of two planets from our solar system that bring havoc whenever they come near Earth every 15,000 years. Their intriguing mythology describes the event as it follows:

Is it possible that Planet X, home of the Anunnaki, is once again coming our way? If so, will the Blue Star Catchina follow nearby? 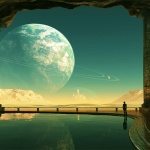 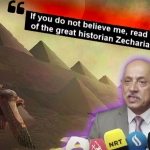