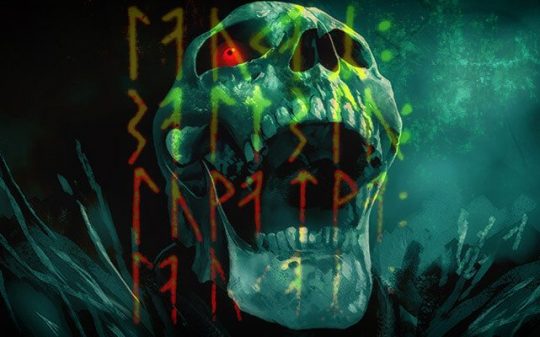 Curses seem to have no place in modern cultures. Some of us completely dismiss them as superstition while others cautiously avoid the subject. We all have our reasons but up until now, science has found no evidence supporting their effectiveness. Be that as it may, curses are as old as humanity itself and many cultures still show grave respect for powerful words, especially nefarious ones.

While some curses are fading into obscurity, others remain, feeding on fear and strings of events considered too weird to be mere coincidences. Stuff like: Iconic actor James Dean once owned a Porsche RS550 he lovingly called “Little Bastard”. Unfortunately, he died in it. Its wreck was bought by a car customizer called George Barris. While they were unloading the Porsche at Barris’ garage, it slipped and a mechanic ended up having both his legs broken.

One year later, two different cars containing parts taken from the Porsche crashed during the same race at the Pomona Fair Grounds, killing one driver and seriously injuring the other. During the following years, the car was involved in several more accidents until it vanished sometimes in the early 1960’s. Some people said it was haunted or cursed. Tragedy befalls many families but not all cases are famous. The life of the Kennedy family has long held media attention and the misfortunes they suffered became the target of speculation. Several members have died young, either victims of assassination, or by accident. Rosemary Kennedy suffered for 64 years due to a botched lobotomy and Robert F. Kennedy Jr’s estranged wife committed suicide in 2012.

Some say that the Kennedy family is suffering at the hands of something supernatural. Accounts vary as some blame JFK’s father while others point to his great-grandfather Thomas Fitzgerald. People die at all ages but there seems to be a statistical spike represented by 27-year-old musicians. Most of the times the culprit was substance abuse but some deaths occurred under mysterious circumstances. These strange cases gave birth to the 27 Club, a group that includes Jimi Hendrix, Janis Joplin, Jim Morrison, Kurt Cobain and Amy Winehouse, but the list is longer than you would expect. Because of this, some musicians have come to dread the age of 27.

The Curse of the Royal Russian Family The Russian monk that went by the name of Grigori Rasputin has become synonym with the self-served dangerous mystic. Coming from shady origins, he managed to worm his way into Tsarina Alexandra’s heart and became her personal advisor but his outrageous actions and his position of power won him some enemies. He was assassinated in 1916 by a group of disgruntled nobles. As the story goes, he was notoriously difficult to kill and some attribute this to his pact with demonic forces.

Shortly before this, Rasputin had sent the Tsar a letter, warning him that if the nobles were to take his life, the entire Romanov line will perish and the entire empire would suffer. Two years later, the Romanov family was shot in the basement of a house in Yekaterinburg. Some believe that at least some of Russia’s later hardship would be the cause of Rasputin’s evil will. How afraid are you of sitting in a chair? What if the chair was haunted? While some would argue that there’s no such thing as a cursed chair, Thomas Busby truly believed in them. He was a town drunk that charmed and married the daughter of a wealthy and powerful man. Disapproving of their marriage, the girl’s father went to their house with the intent to dissolve it. He decided to wait for Busby while sitting in his chair. When Busby arrived, he bludgeoned his father-in-law to death and hid the body.

When his deed was discovered, he was sentenced to death. While waiting for his execution, Busby promised that anyone sitting in his chair would soon die. This happened in England in 1702 and for almost three centuries, the chair would claim a number of lives. The most recent case occurred in 1968 when the chair was an attraction at the Busby Stoop Inn. Two RAF officers dared each other to sit in it and shortly died in a car crash. The same fate awaited a brave labor worker who fell from a building the same day he had sat in the dreadful chair. Busby’s bane led the inn’s owner to send the chair to the Thirsk Museum, begging them not to let any one use it. Ötzi was a man who lived and died more than 5,000 years ago. His famous body was found in 1991 in the Alps and like all ancient remains, it’ s said to be cursed. In the following years, seven of the members who participated in his discovery and recovery died in mysterious circumstances. They had fallen victims to weird accidents and sudden illness.

The Curse of Tamerlane Timur was a Turko-Mongol ruler better known as Tamerlane. He led the life of a bloody and successful conqueror in 14th century Asia. Upon his death, a curse was placed on his tomb and it lay undisturbed for more than 500 years.

Naturally, J. Stalin disregarded this warning on account of being Stalin. In 1941 he sent a team of anthropologists to Uzbekistan to exhume the long-dead warrior. The local Muslim clergy beseeched the researchers not to disturb Tamerlane. Completely ignoring their advice, the soviets opened the crypt clearly labeled “When I rise from the dead, the world shall tremble.”