With all the fuss going on about carbon emissions, there is no doubt that electrical cars will play an important role in the future. However, they are not the sole alternative when it comes to saving the environment. A new car model running on hydrogen fuel cells is already in progress, and a test car in London revealed their tremendous potential.

During a six days continuous trip over the motorway encircling London, a Hyundai ix35 Fuel Cell car traveled 9,810 km (6,096 miles) in six days, only stopping to refill. In total, it covered fifty laps of the 117 mile motorway, and was also capable of racing 643 km (400 miles) with only one tank of hydrogen, setting yet another record for the fuel cell car industry.

The sponsors of the event were the London Hydrogen Network Expansion project (LHNE) which aims at protecting the environment and creating an alternative and at the same time a viable source for personal transport.

The ix35 model has zero emissions and its primary source of fuel – the hydrogen – can be obtained from renewable resources such as water, that’s being transformed into electricity that powers an electric motor through a lithium-ion battery. When it comes to refueling, it takes only several minutes to fully charge.

What we need now for accelerated adaptation of hydrogen vehicles is for the government to work with our industry to provide the right framework for the technology to become truly accepted by the public,” said Diana Raine, European Business Manager for Hydrogen Energy Systems at Air Products.

New funding would bring more safety to the speeding electric vehicles, as they currently have a high risk of blowing up because of leaking hydrogen. This is also one of the reasons the market is not seeing an exponential increase in hydrogen-powered vehicles.

I think it’s just our perception of hydrogen being extremely flammable and dangerous to what we’re comfortable with in this day and age, which is gasoline,” Jana Hartline, a spokeswoman from Toyota told Computer World. “Gasoline Is also extremely flammable fuel, and one that does not escape like hydrogen.

The car developed by Hyundai has been available since 2014. Toyota presented Mirai FCEV (Fuel Cell Electric Vehicle) in 2015, while Honda’s FCV clarity will hit the roads at some point this year. Although the groundbreaking technology is on the market, not many people have been opting for it due to the relatively low number of refueling stations present in the country. There’s only six available so far, with six more to be added in the following year.

The pilots of Hyundai ix35 model stopped at four of these hydrogen stations in an attempt to make as many people aware as possible of the benefits the fuel cell electric vehicles have. The record-breaking event was part of the Hydrogen Week – a project involving various vehicles running on hydrogen.

In another effort to promote this novel technology, eight hydrogen-powered buses have been cruising on a well-known route in Central London, covering more than 110,000 km (700,000 miles) and over seventy bus drivers seem to enjoy the ride.

It is a very nice ride, because these buses do not have the vibrations and shakes of a combustion engine.” one of the chauffeurs said. “It is the first time I am driving an electric engine, and it’s more powerful than I expected for this type of vehicle,” another one added.

If the future brings change, it’s time we gave a chance to the hydrogen-powered vehicles for the sake of our health and traveling experience. (source) 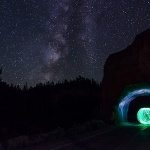