The Spirit of the Mayan Bat God is still alive – His spirit continues through a Mexican artist

Did you know that the ancient Mayans worshipped Camazotz – a god that had the body of a person, the head of a bat and pointy ears – long before DC Comics introduced us to Batman. This was 2,500 years ago to be precise. Mayan Gods typically represented a form in nature, for example, Sun God, Kinih Ahous, or Corn God, Yum Kaax. These deities played a crucial role in the Classic, Post-Classic and Contact period in the ancient Maya religion.

The Templo Mayor, located in downtown Mexico City, has an adjacent museum that proudly displays artifacts and renditions of items from the Mesoamerican civilizations. The top floor of this museum contains a recreated statue of the Mayan bat god, Camazotz (also known as Zotzilaha Chamalcan). The name Camazotz translates to either ‘death bat’ or ‘snatch bat’. This deity appears in the Popol Vuh and is still a very prominent figure in the continuing Maya religion.

Camazotz is described as an anthropomorphized leaf-nosed bat. This has led to conjecture about the source of the myth. Some believe the ancient peoples based him on the common vampire bat or on Desmodus draculae, a much larger species, both leaf-nosed as well. Both of these species inhabited the area of Oaxaca, Mexico in 100 A.D. when a bat deity was first mentioned in a cult of the Zapotec tribe.

The Zapotecs believed bats represented night, death, and sacrifice. This was likely due to the fact that the bats would inhabit the caves around the sacred cenotes, which the Mesoamericans believed were portals to the underworld. It would be a very chilling sight at dusk when the bats would swarm out of these ‘portals’ and begin drinking the blood of the other animals. The god is also commonly depicted holding a sacrificial knife in one hand and a human heart or sacrificial victim in the other.

Camazotz was eventually adopted into the mythology of the K’iche’ (or Quiché) Mayan in Guatemala, though they merged him with their god of fire, Zotzilaha Chamalcan. Though, in the Popol Vuh, Zotzilaha was the name of the House of Bats in the underworld where the hero twins were forced to spend the night by the lords of Xibalba.

The legend is that the hero twins slept inside their blowguns as protection from the bats (referred to as Camazotz):

” However, when the bats went silent, Xbalanqué asked Hunahpú to check if dawn had come and Hunahpú did so by poking his head out of the tube. But, in fact, it was not yet dawn and one of the bats took the opportunity to swoop down and rip away Hunahpú’s head, leaving him decapitated.

Xbalanqué was left inside the tube, questioning what his brother was seeing and why he had gone so still without receiving any answers. The bat then took the head of Hunahpú to the ball court of the Xibalba lords to be gruesomely displayed and used as a ball while the lords rejoiced in their assumed victor “.

Later in the Popol Vuh, a messenger from the underworld in the form of a humanoid bat (believed to be Camazotz) appears to broker a deal between humanity and Lord Tohil, the patron god of the K’iche’. In this deal, mankind promised their armpits and their waists in exchange for fire which is how the ritual of cutting open a person’s breast in sacrifice came to be. Some myths claim that, during the day, Camazotz would turn into a stone statue and therefore could only move at night, but this has not been confirmed.

But although the Maya worshipped the batman god more than 2,500 years ago, its influence continues in modern times. In Stephen King’s “The Dark Tower” series, Camazotz is portrayed as one of the beam guardians who takes the form of a bat.

In the Silverwing books series, Camazotz appears as the god of the underworld who takes on a bat-like form.

And in honor of the 75th anniversary of Batman, Warner Home Entertainment from Mexico created a stunning promotion. Working with the Mexican Museum of Design, Warner Home invited a number of artists that were tasked with reworking the Dark Knight how they saw fit.

One of the artists had an obvious love for history and knew pretty well one of the ancient civilizations that eventually gave rise to the country of Mexico: the ancient Maya. He created a historic portray of the batman. Basing his design of the god Camazotz, the artists created a stunning representation of an ancient creature, half-human half-bat.

With his piece, Pacheco reminded everyone, that DC Comics was not the first to actually have their very own Batman. 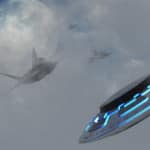