Archaeologists have recently discovered human footprints dating between 800,000 and 1 million years ago.

What makes the discovery even more curious, is the fact that the marks were discovered outside of Africa, more precisely in Happisburgh, England, thus making this find the most ancient of its kind.

Embedded in a dense layer of sediment and sand, the remarkable discovery surpassed the test of time for hundreds of millennia before the tides exposed them to the world.

The team of researchers concluded that the humans who left those tracks were somehow related to the Homo ancestor who vanished about 800,000 years ago. The marks were apparently left by a group of people with at least two children and one adult male leading towards the hypothesis of an ancient family of humans scouting through the banks of the antique river of Thames.

Once the fossil remains were unearthed, the fragile human prints were recorded with the use of complex digital photography in order to create 3D images which revealed arches of feet and also toes. Archaeologist Chris Stringer from the Natural History Museum considers the discovery to be a bit contrary to what scientists believed until now. The idea that 800,000 or 900,000 years ago, Britain was the edge of the inhabited world is starting to slowly change, and as C. Stringer stated:

This makes us rethink our feelings about the capacity of these early people, that they were coping with conditions somewhat colder than the present day. Maybe they had cultural adaptations to the cold we hadn’t even thought were possible 900,000 years ago.

Did they wear clothing? Did they make shelters, windbreaks and so on? Could they have the use of fire that far back?

According to historical findings, at the time the Happisburgh humans lived, a land bridge existed between Britain and France before the formation of the English Channel about 450,000 years back. The area was likely to be an open valley with a climate similar to that of modern Scandinavia when the footprints were made, so how could a family survive through this if they had no proper way to dress, eat, hunt or find shelter?

Apart from the harsh weather conditions, the place would have been inhabited by mammoths, rhinos, hippos, giant deer and bison, sabre-tooths, lions, wolves and other wild beasts who eventually retreated to different parts of the world or had gone extinct.

Since the early 1800s, Happisbugh has provided even more evidence that defies current historical beliefs. In 1820, fishermen caught in their nets prehistoric remnants including bones, teeth, horns and antlers from the above mentioned species – all of them discovered in modern England. In 2000, a black flint hand-axe dating between 600,000 to 800,000 years ago was found on the beach, along with animal remains that appeared to have been butchered by humans. Archaeologists also discovered eighty flint tools, flakes and flake tools dating back to 950,000 BC which are the earliest relics found in northern Europe, also considered to have been made by this Homo ancestor, the same species who left the footprints.

In the current context, is it possible that the early humans endured the tough weather conditions and constant predator threat while divided and without proper means to hunt or defend themselves, or is it likely that a more complex community existed at that point in time? If so, could we link the human species survival in a cold and wild environment to the old stellar visitors who are depicted by many cultures as the godly protectors of humanity?

The lack of conclusive answers regarding these ancient human’s existence, as well as the contradiction of former scientific beliefs brought on by this discovery leaves a lot of room for speculation. As the archaeological field encounters more and more peculiar findings with the help of latest Lidar mapping and radiocarbon dating technology, we can’t help but question the entire historical background that we have been served so far. 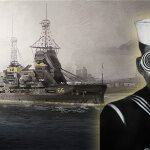