Humanity has been trying to contact aliens for a while now. How far are we to any extraterrestrial beings, and are there ships circling nearby Earth? These strange audio recordings make the listeners question everything, and the scientists are still struggling to explain them.

Dr. Jerry R. Ehman discovered “the Wow!” signal on August 15, 1977 exactly at 11:16 p.m. EST using the Ohio State University’s Big Ear radio telescope. The 72-second sound came from where the constellation Sagittarius is located, and it had the signs of extraterrestrial origin (such as the signal’s intensity).

The signal disappeared after a minute and never reappeared again.

When Ehman analyzed the data from the signal it read “6EQUJ5.” He was so shocked by his find that he circled it and wrote “Wow!” next to it. Hence the name.

Scientists first came up with hypotheses for the radio transmission’s origin such as a passing comet, but eventually concluded that it is most likely to be an alien message.

What the message says is, however, not decoded. Listen for yourself:

More about the Wow! Signal last written by Ehman in 1998 can be found here.

All planets emit radio waves, yet when the scientists heard sounds by the Cassini spacecraft in 2002, they were not so sure of the origin. The rising and falling of audio waves was unexplained.

Listen to the ominous sounds yourself:

The audio file is compressed from 27 minutes by NASA.

The European Space Agency built a space probe called Rosetta to make the very first landing on a comet. They launched it on March 2, 2004. After traveling 6.4 billion kilometers in 10 years, it finally reached its destination, comet 67P.

What the researchers did not expect is that the comet started ‘singing.’

The drilling or clicking noises coming off from it still have no explanation. Scientists sped the audio 10,000 times for you to hear it: 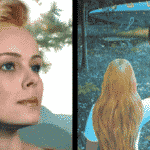